Hi,
I am making some experiments with the blob detection camera, in order to detect the orientation of some objects in the scene, but I am unsure about the returned value.
I only have one blob and my code is

The values printed out are obviously the angle of inclination of the detected object, but relative to what exactly? Shouldn't the orientation be a table with the euler angle, and if not, what angle is it measuring (alpha, beta, gamma)? This causes me a problem because, if I plot the results, I get the following 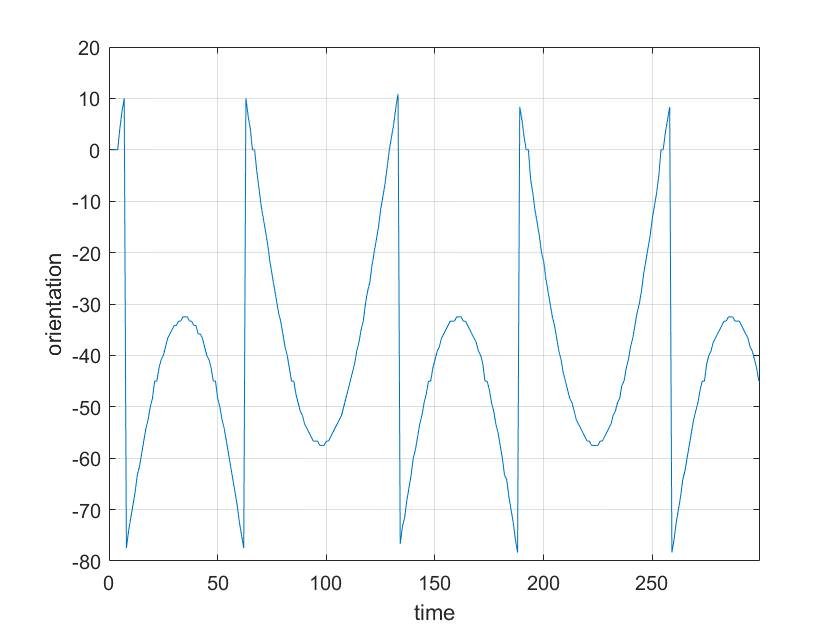 The object I am tracking is attached to a revolute joint, exactly in front of the sensor, following a sinusoidal trajectory.
Obviously it detects the orientation of the blob as the opposite one after certain angles. Is there a way to transform the blob orientation scalar value with respect to the orientation of another object? How do I do that, if I don't know the whole orientation matrix?

Thanks in advance
Top

the extracted blob orientation is always relative to the vision sensor's Y axis (or its viewing axis). You can't possible extract the full orientation of the object based on a single blob, since that is 2 D information.